Shearing week was a big success! With just about four hundred ewes to shear, I wasn’t sure that we would be able to get finished in the five days we had given ourselves. We were thankful to once again have Connor and Brayden Pearson come out to help for the week. I might be shearing still if it hadn’t been for them. 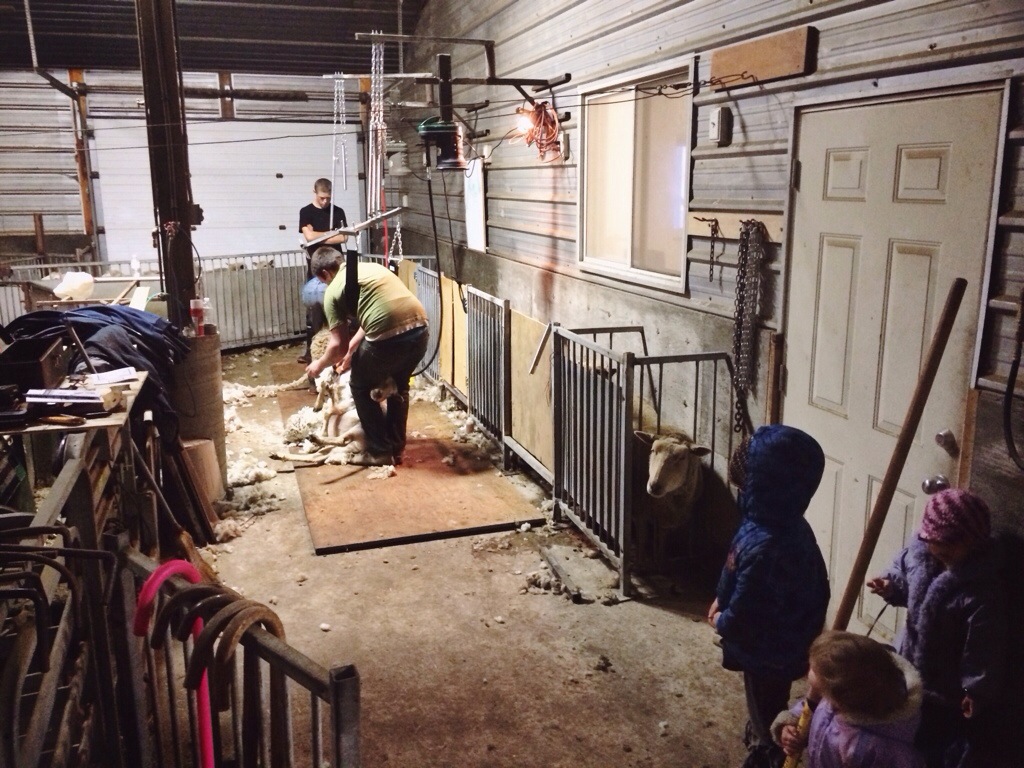 We managed to get the shearing chute operational in time, which was also a major factor in our ability to get finished as quickly as we did. The chute provides the shearer with sheep close at hand unlike our old method of catching the sheep out of the pen and bringing them up to the shearer. The sheep move up the chute easily because the design of the chute holds one ewe at the front end taking advantage of the sheep’s following instinct. 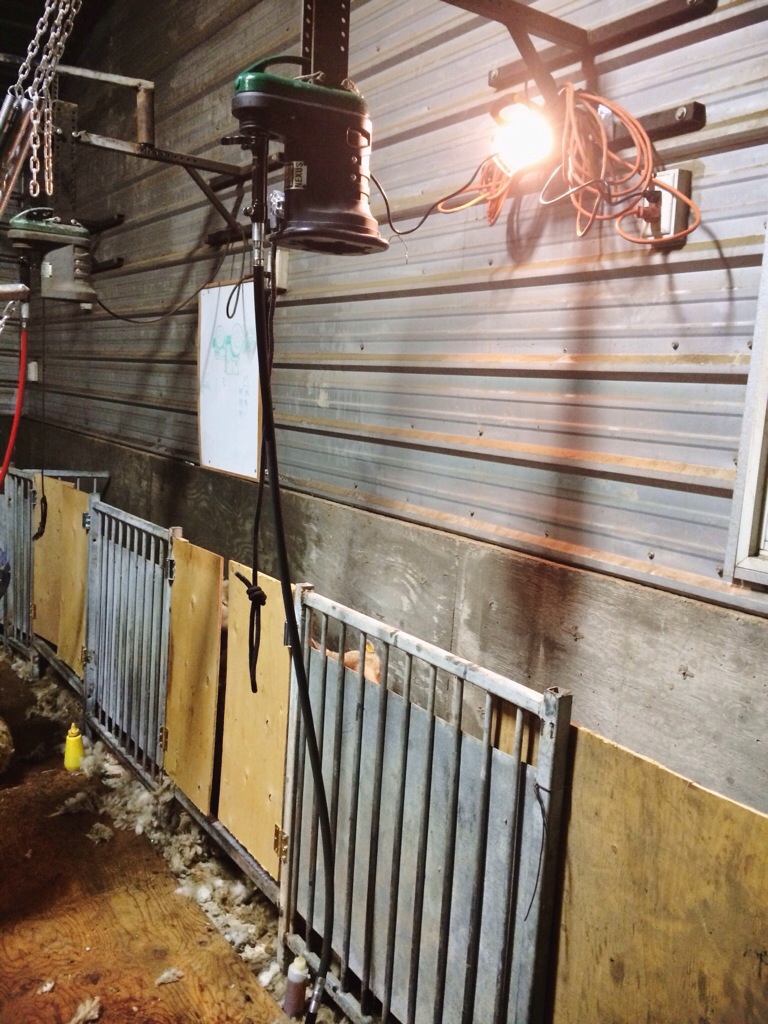 Monday started off well and each proceeding day got continually better with Connor and I both increasing our daily tallies. I’ve noticed a lot of progress in Connor’s second year shearing. His sheep are looking nice and clean and I can tell he’s focused on improving his time as well.

Brayden also tried his hand at shearing this year. He started by shearing a few sheep from start to finish which is quite strenuous if you’ve never done it before. Later in the week, I tried a New Zealand approach which I have heard of where I would shear the first portion of the sheep giving instruction as I sheared, and then letting Brayden take over on the last side. The idea is that as a trainee progresses, they begin to take over earlier and earlier on the sheep until they can shear the entire sheep on their own. Though this sounds backwards, anyone who has learned to shear, knows that the last blows(passes with the shearing hand piece) are the easiest. Brayden is doing well and by next year he’ll have the shearing pattern figured out and will be working at becoming quicker.

One of the biggest differences for me this year, was the addition of the back support which I had built into our shearing chute. I was very excited when by the end of the first day, my back wasn’t hurting at all. I thought that perhaps as the week continued I would begin to tire and feel it in my back, but, amazingly as the week went on, I never did have any pain and I think it’s safe to say that the back support was a big success. The design for the support was improvised based on what I have seen from others’.The chest strap is actually a weight lifting belt that I happened to find at Princess Auto. The long springs I had to hunt around for but eventually found them at Gregg Distributors. Having experienced the difference of shearing with and without, I can’t see myself going back to the old way. 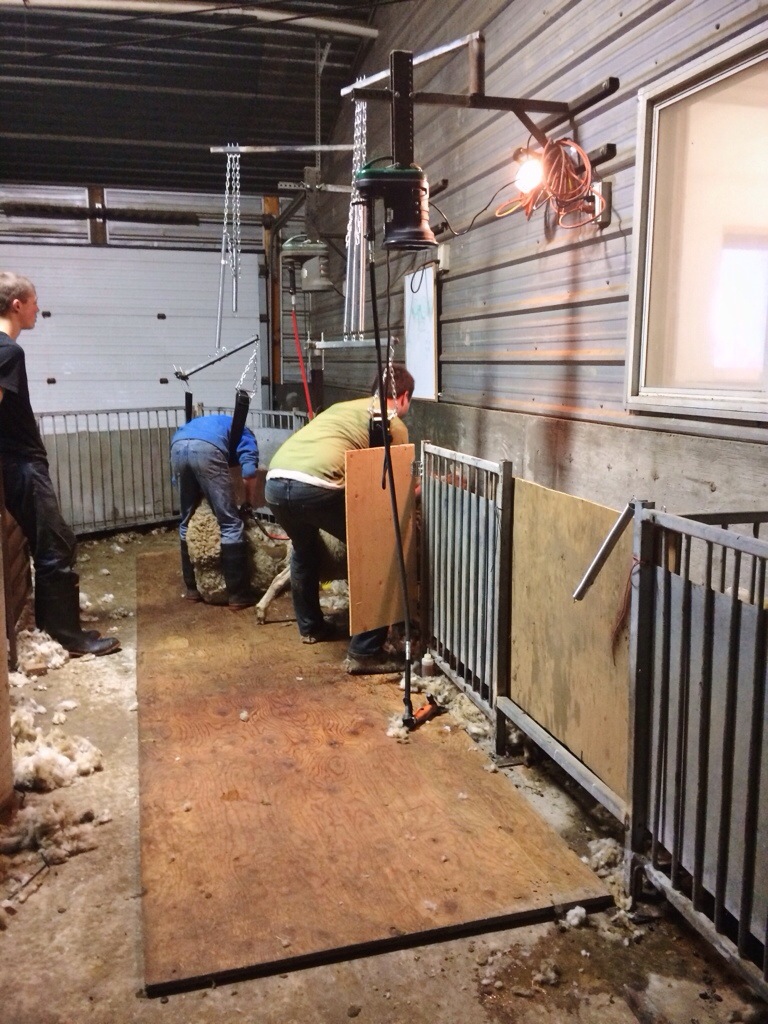 I always enjoy having Alyssa and the kids come out to visit and watch. One of the highlights for me was giving Timmy a chance to help hold the hand piece on the long blows. We won’t be shearing any ewes again until spring and these four hundred ewes won’t be lambing until the end of January. Before we get busy gearing up for that, we’re going to take a few days to slow down and enjoy some time with family this Christmas.